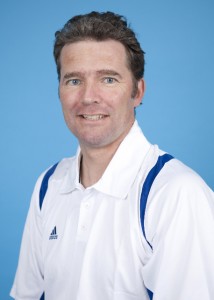 Eric Van der Meer, co-owner, teaches all classes and team. He holds a Bachelors of Science in Human Science (emphasis in coaching) and a Master’s Degree in Sports Psychology. A native of the Netherlands, he moved to America in 1998. He has coached athletes in Holland and America at a national level as well as taught Physical Education at the junior/senior high level for many years. His particular style of working with children is a favorite and his reputation as a caring and talented coach is widely acknowledged. 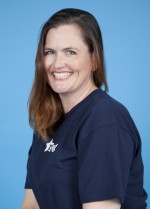 Erinn, co-owner, began gymnastics at the age of eight at the YMCA in Berkeley. She went on to compete and perform for her high school team and really enjoyed the experience. She starting teaching and coaching gymnastics as a freshman and has been coaching at various clubs pretty much ever since! Sonoma State University brought her to Sonoma County in 1986. She enjoyed working her way through college at Redwood Empire Gymnastics way back then, while earning her BA and Teaching Credential. She has put that education to good use as well, teaching at Kenwood Middle School since 1993. When she is not teaching, Erinn enjoys knitting and playing with her two boys.

Located in the Fillmore Center